In the end, I controlled three aspects of the slide projector from the Arduino board:

To move the slides forward / back, I replaced the wired remote control connector with connections to relays (it was a standard 6 pin DIN connector) - I left it on for 0.5 sec, then waited 1.5 seconds before pressing it again.

To turn the lamp on and off, there is a special connector on the side. I have never seen something like it, and couldn't find a replacement plug. So I drilled a hole in the side to pull out the two wires that were soldered together inside. Apparently when people did presentations with multiple slide projectors, this connector was used to fade between projectors, etc. Ah, those were the days. I then connected these two wires to a relay. The first one started to smoke - I got a more powerful one (240V, 3A), but after using it for a few minutes it started to smell also so I took it out. I guess the current that is passing through the globe is passing through this connection, so maybe I need one with a higher current rating.

The last two connections out were connected to the motor controller (see previous post). If one is high and the other low, the motor will rotate clockwise, and vice versa for anticlockwise. If I set both to low, then the motor does not move.

For these last three connectors, I used the servo connectors on the demo board, and modified the arduino code to just send digital on or off (as opposed to PWM (pulse-width modulation) which is required for the servos).


Posted by Jason Friedman at 4:15 PM No comments: 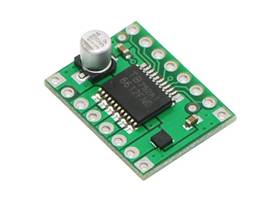 
Posted by Jason Friedman at 4:01 PM No comments:

Google developer day has arrived (quickly!) There are a lot of people here!

Most of the desired features were implemented, the only main problem was setting the orientation - I could not get an accurate orientation from the compass, so I disabled this feature. I'm not sure if the slide projector was generating a magnetic field and interfering, or because the tablet was not exactly horizontal.

I'm demonstrating the device in the "Google cafe" area during the breaks. In the last session, I'll also be presenting a talk on "How to see a rainbow" in the Ignite session (5 minute talks).

I'll add the rest of the details of the implementation shortly.

Posted by Jason Friedman at 10:37 AM No comments: